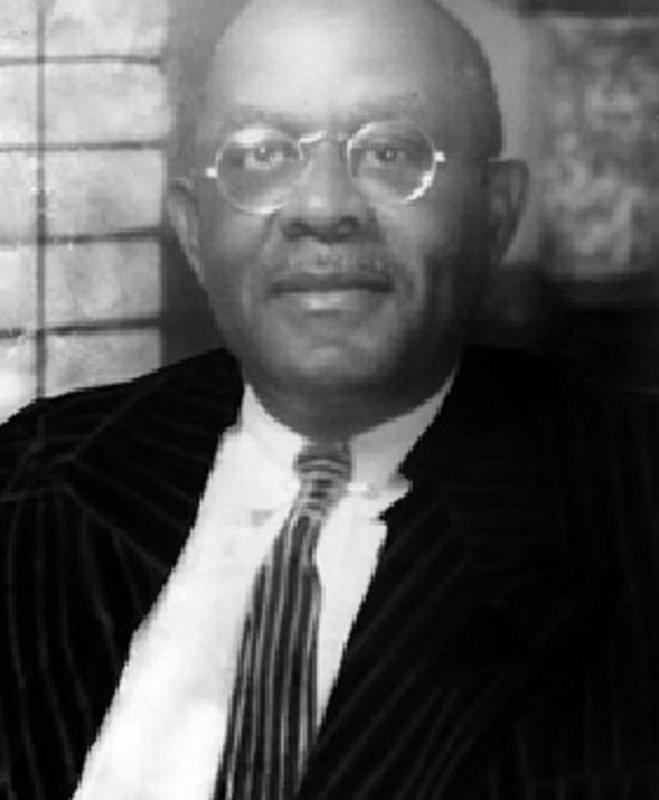 Percy Casino Corbin (June 2, 1888–July 6, 1952) was born and raised in Athens, Texas, and received an M.D. in 1911 from the Leonard School of Medicine at Shaw University, in North Carolina. In 1913 he opened a medical practice in the town of Pulaski. His patients came from the black community, but over time his practice also attracted white clients. By 1921 he had organized the Pulaski Mutual Savings Society. In 1923, as partner in the Graham, Corbin and Lewis Concrete Block Manufacturing Company, Corbin erected the three-story Corbin Building.

After the town’s Calfee Training School burned in 1938, Corbin enlisted the help of the school’s principal and representatives from the National Association for the Advancement of Colored People to petition the school board for a new facility and for equal pay for African American teachers. His letter to the local Southwest Times generated support from the white public and from local civic groups. The school board agreed to fund an elementary school but decided to transport black high school students to a school in Montgomery County.

When Corbin’s youngest son was preparing to enter high school, Corbin decided to send him to Montgomery County. When he discovered that his son would not be able to use the library or participate in after-school activities because of the bus schedule, Corbin again sought legal assistance from the NAACP. Attorneys Oliver W. Hill, Martin A. Martin, and Spottswood William Robinson III filed suit in the United States District Court in Roanoke in December 1947, alleging that the school arrangement violated the Fourteenth Amendment. In Corbin et al. v. County School Board of Pulaski County, Virginia, et al. (1949), Judge Alfred Dickinson Barksdale ruled in the school board’s favor. On appeal, the United States Court of Appeals for the Fourth Circuit reversed the lower court’s decision. Corbin's victory was one of only six successful lawsuits supported by the NAACP in its legal campaign to equalize school facilities before Brown v. Board of Education (1954). Corbin died in 1952 in Detroit, Michigan, while visiting two of his sons and was buried in Pinehurst Cemetery in Pulaski.

Civil Rights and Reform, Government and Law, Science and Medicine