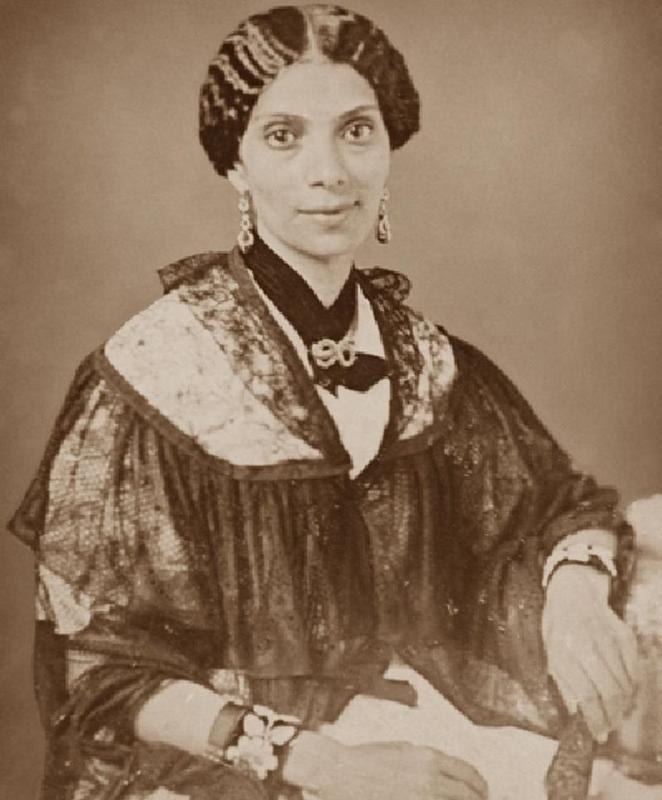 Mary Smith Kelsey Peake (1823-1862) was born in Norfolk, the daughter of a free black woman and a prominent Englishman. When she was six, Mary was sent to live with her aunt and uncle to attend a school for African Americans in Alexandria, which was then a part of the District of Columbia. During her schooling, she probably learned mathematics, reading, writing, and sewing skills. Peake returned to Norfolk in 1839.

In 1847 Peake moved with her family to Hampton. While supporting herself as a dressmaker, she secretly began teaching from her home, instructing African Americans of all ages. She also founded the Daughters of Zion to provide aid to the poor and the sick. In 1851 she married Thomas Peake, a former slave.

Early in the Civil War, the Peake family home was destroyed when Confederate forces torched Hampton. Many of the displaced African American families from Hampton were forced to seek refuge at nearby Fort Monroe. In September 1861, Peake started a school near the fortress, within the present grounds of Hampton University. Her enrollment grew from six to more than fifty students in a matter of days.

Peake was a dedicated instructor, creating a school for adults in the evenings and continuing to teach despite failing health, even when was she was bedridden. She died of tuberculosis in February 1862. Her school was one of the first of its kind and served as a model for a number of other schools that taught African Americans throughout the South in Union-occupied territory. Today, the city of Hampton honors Peake with a school, a street, and a park.