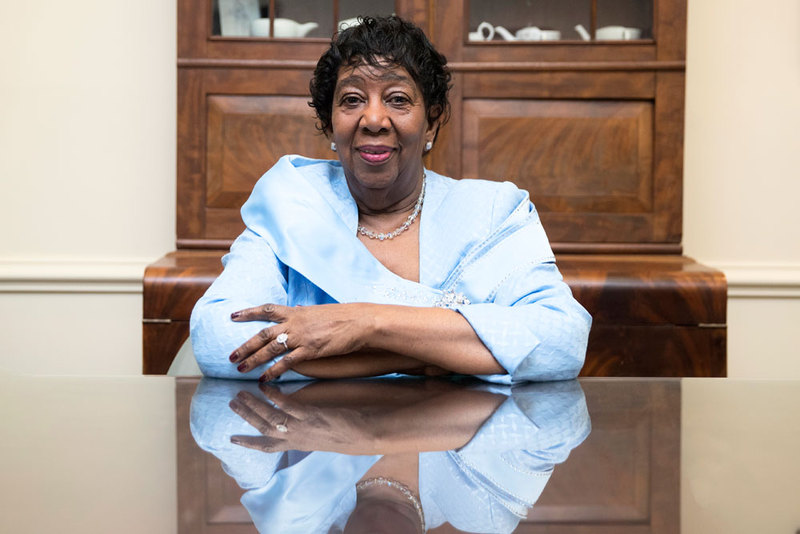 Mavis Claytor-Ford grew up on her family's farm in Franklin County, where her great-grandparents had lived in slavery. At the age of 16, she was responsible for her ailing grandmother's care, which led to her decision to become a nurse. Claytor–Ford began her training at Provident Hospital in Baltimore. After earning her licensed practical nursing certificate, she worked briefly as a surgical nurse in Roanoke, but desired more training. She was accepted into the University of Virginia's nursing program, but when she arrived on campus in 1968, the dormitory staff refused to allot her a room. With assistance from the nursing dean, Claytor–Ford secured housing and refused to let the setback deter her from success. She became the first African American to earn a bachelor's degree in nursing from the university when she graduated in 1970, and she went on to earn a master's degree in nursing in 1985.

Claytor–Ford was one of the first black professional nurses employed at the university's hospital, and she later enjoyed a successful career at the U.S. Department of Veterans Affairs Medical Center in Salem. Focused on geriatric care, Claytor–Ford encouraged pet therapy and participated in a study of the effects of light and sound stimuli on the behavior of Alzheimer's patients at the center. Her concern for patients' personal care led her to collaborate with a Virginia Tech project to test the accessibility of modular bathroom components. Claytor–Ford retired as the chief nurse for geriatrics and extended care after more than three decades at the Salem Veterans Affairs Medical Center.