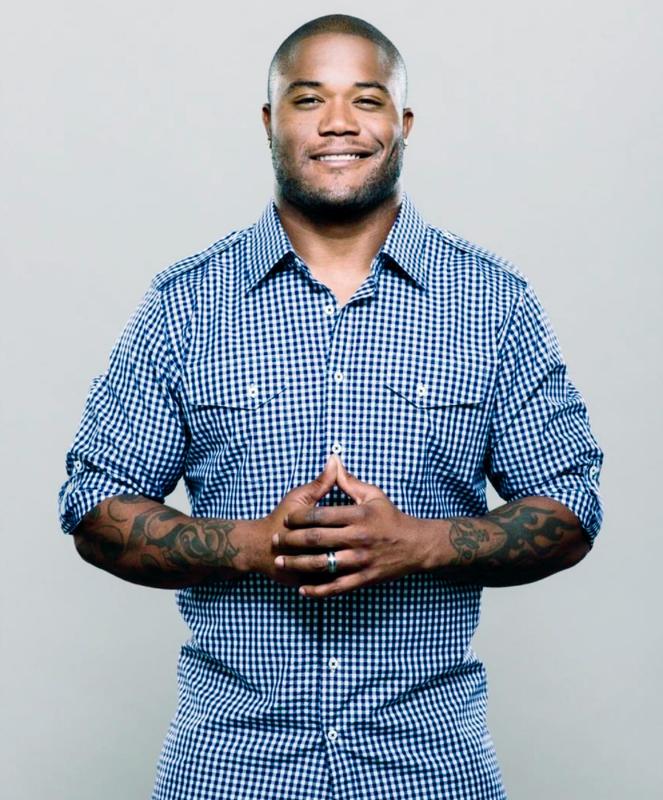 As a star athlete at Varina High School, Michael Robinson demonstrated the talent and drive that would take him to the National Football League. Playing quarterback at Pennsylvania State University, he led the team to the Big Ten Championship in 2005. That year he was named Big Ten Offensive Player of the Year by the conference coaches and finished fifth in the Heisman Award voting. Drafted in the fourth round by the San Francisco 49ers in 2006, Robinson switched to running back and scored two touchdowns his rookie season. Signed by the Seattle Seahawks in 2010, he played fullback and was a key member of the special teams. His career highlight came in February 2014 at Super Bowl XLVIII when the Seahawks defeated the heavily favored Denver Broncos, after which he retired from the NFL. His career statistics include 115 carries for 422 yards and two touchdowns, along with 75 receptions for 610 yards and three touchdowns.

A three-time Academic All-Big Ten selection at Penn State, Robinson graduated with a B.A. in advertising and public relations and a B.A. in journalism. A sought-after NFL analyst, he also has produced and hosted his own sports talk show. In 2010 Robinson established the Excel to Excellence foundation in Richmond to help disadvantaged children. Its projects include Team Excel, a program he developed in which athletes mentor students who compete for prizes by excelling in their school performance and in community service participation. Through his foundation, Robinson strives to make a difference in students' lives.