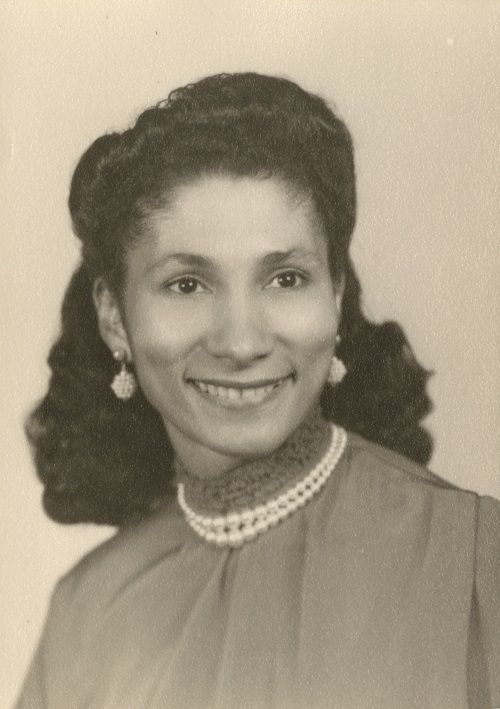 Dorothy Bigelow Hamm (1919-2004) was born in Caroline County. Allowed only limited educational opportunities in her own community, she attended schools in the Washington, D.C., area. Later she lived in Fairfax and then Arlington, before eventually returning to Caroline County.

Hamm and her son, Edward Leslie Hamm Jr., joined a civil action case in 1956 that sought to end segregation in Arlington schools. In 1958, a U.S. District Court judge ordered that four African American children be admitted to the all-white Stratford Junior High School the following year, making it the first white public school in Virginia to admit African Americans students. In the intervening years, Hamm participated in a successful challenge to the Pupil Placement Act, which was designed to delay school integration while giving the appearance of compliance.

In 1963 Hamm and her husband, Edward Leslie Hamm Sr., participated in a challenge to Virginia's poll tax. That same year, she took part in a court action resulting in the desegregation of Arlington theaters, and was arrested for publicly protesting their white-only admittance policies. Hamm was politically active, serving as delegate to Arlington County and state conventions in 1964. She was later appointed assistant registrar and a chief election officer in the Woodlawn precinct in Arlington. She worked with the Congress on Racial Equality (CORE) as they organized in Arlington, and participated in the 1968 "Poor People's March on Washington."

In 1982 Hamm received the first Arlington County Martin Luther King Jr. Award for Outstanding Volunteer Service. In 2002 the Virginia House of Delegates honored her lifelong contributions in a joint resolution.