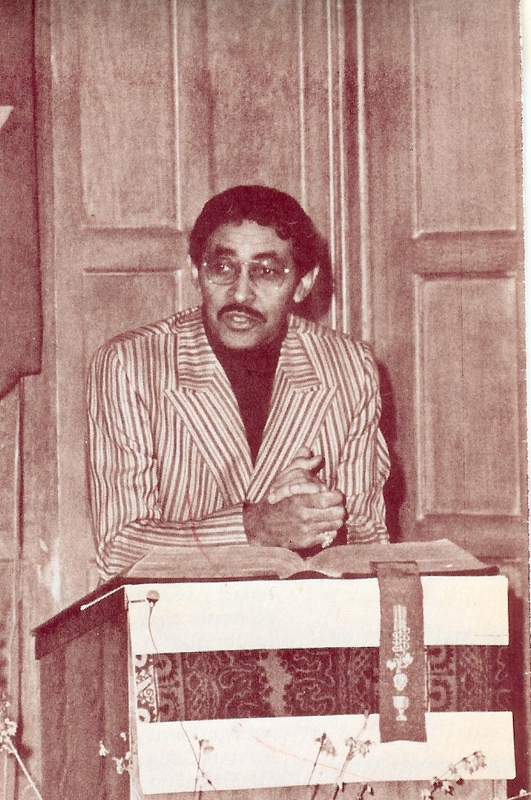 Wyatt Tee Walker (August 16, 1929-January 23, 2018) graduated from Virginia Union University in Richmond in 1950 and from its Graduate School of Religion in 1953. From 1953 to 1960 he was pastor of Gillfield Baptist Church in Petersburg, where he became president of the local branch of the NAACP and was arrested for trying to borrow a book about Robert E. Lee from the Petersburg Public Library.

Walker served as the first full-time executive director of the Southern Christian Leadership Conference from 1960 to 1964. He played a major role in the Civil Rights movement and worked closely with Dr. Martin Luther King Jr. Walker was arrested during a Freedom Riders protest in Birmingham in 1961 and helped organize the 1963 march on Washington.

In 1966 Walker became pastor of Canaan Baptist Church of Christ, in Harlem, New York City. During the 1970s he advised the governor on urban affairs. In 1978 Walker organized the International Freedom Mobilization to protest apartheid in South Africa and later welcomed Nelson Mandela to his church in New York. Walker also studied African American church music and became a nationally recognized authority on the subject. He published more than a dozen books on religious and musical subjects and later took part in documenting the Civil Rights movement. After suffering a stroke in 2003 and retiring from his ministry, Walker returned to Virginia, where he lives in Chester and remains active in promoting Christian brotherhood.

UPDATE: Walker died at his Chesterfield County home on January 23, 2018.