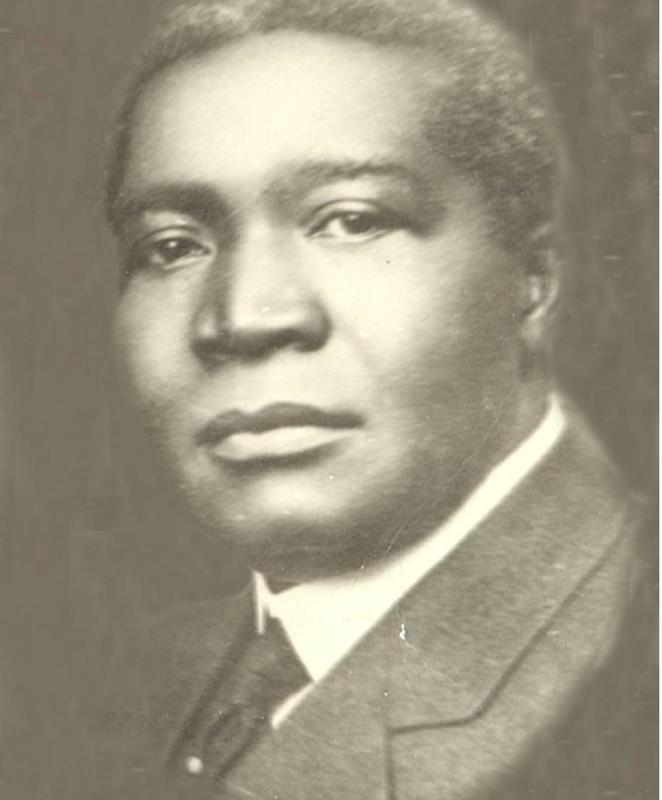 The son of formerly enslaved parents, Robert Russa Moton (August 26, 1867–May 31, 1940), grew up in Prince Edward County. After graduating from Hampton Normal and Agricultural Institute (later Hampton University), he later served as the first African American commandant of the male cadets, supervising students and administering the school's regulations. He often traveled on fund-raising campaigns for Hampton, and Moton became widely known for promoting vocational education. As a founder of the Negro Organization Society of Virginia, he worked to strengthen African American communities.

In 1915, Moton became principal of Tuskegee Normal and Industrial Institute (later Tuskegee University) after the death of his mentor, Booker T. Washington. Moton expanded teacher training at Tuskegee, increased the academic coursework, and established a four-year college program. He believed that education and interracial cooperation provided the best methods for improving the status of African Americans.

Moton served on several national commissions and also privately advised United States presidents on issues concerning race. In 1918 he traveled to France at the request of Woodrow Wilson to examine the service conditions faced by African American soldiers. In his book, What the Negro Thinks (1929), Moton described the daily discrimination faced by blacks in America. He retired as president emeritus of Tuskegee in 1935.

The Robert Russa Moton Museum interprets the history of civil rights in education at the Farmville school named for him, where a student walk-out in 1951 led to a school desegregation case that became part of Brown v. Board of Education.


Nominated by Sally Miller on behalf of the fourth and fifth-grade classes (2011–2012) at William Fox Elementary School, Richmond.