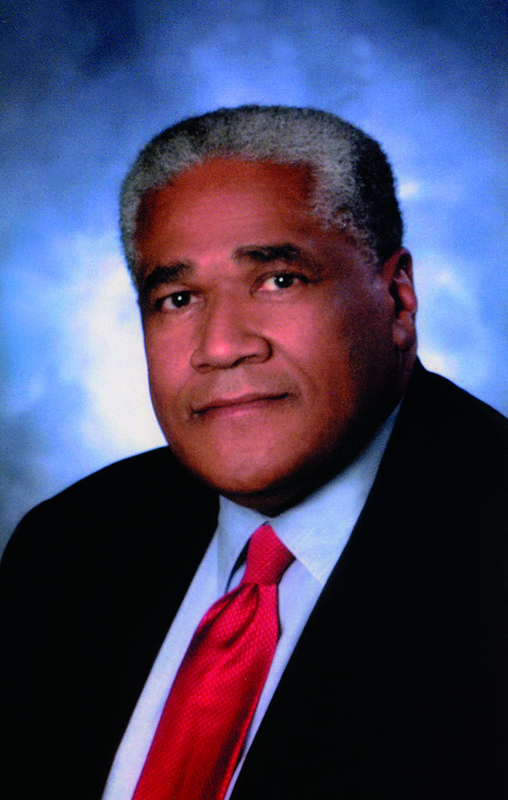 After graduating from a segregated high school, Benjamin J. Lambert III (January 29, 1937–March 2, 2014) earned degrees from Virginia Union University and the Massachusetts College of Optometry. In 1962 he established his optometry practice in Richmond’s Jackson Ward neighborhood, where he became involved in numerous community organizations and local politics. In 1977 he was elected as a Democrat to the Virginia House of Delegates. He served until 1985, when he won election to fill a vacant seat in the Senate of Virginia. Representing the Ninth District, he sat on the powerful Finance Committee, as well as the committees on Education and Health, General Laws, and Privileges and Elections. During his 30 years in the assembly, Lambert gained a reputation as a dedicated legislator who built coalitions across party lines to serve his constituents and all Virginians. He cared deeply about providing educational opportunities for all, regardless of background. He chaired the Brown v. Board of Education Scholarship Awards Committee, which the assembly created to provide scholarships for Virginians who had been students in jurisdictions where public schools were closed between 1954 and 1964 to prevent desegregation.

As a community leader, Lambert served on multiple advisory boards, including those for Virginia Union University, Dominion Resources, Sallie Mae, and the Virginia Commonwealth University Health Systems Authority. Throughout his life, he received many awards and honors, including the Richmond Jaycees’ Outstanding Young Man Award (1972), Virginia Optometrist of the Year (1980), and the National Conference of Christians and Jews’ Humanitarian Award (1993).

Nominated by Wanda N. Wallin, principal, on behalf of the eighth grade class (2015–2016) at All Saints Catholic School, Richmond.

Image Courtesy of the Lambert Family.

Community Leadership and Philanthropy, Government and Law, Science and Medicine