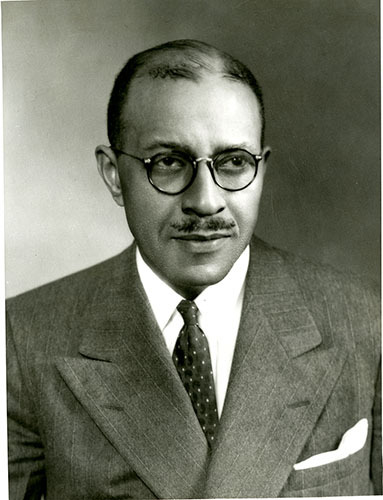 Growing up Bristol, Virginia, Charles Spurgeon Johnson (July 24, 1893–October 27, 1956) experienced racial discrimination that led to his lifelong fight for equal rights. His well-educated parents sent him to an academy in Richmond, and in 1916 he earned a bachelor of arts from Virginia Union University. His studies in sociology at the University of Chicago were interrupted by World War I, in which he served as a noncommissioned officer with the 803rd Pioneer Infantry in France. After returning to the United States, he was deeply affected by his experience in the 1919 Chicago race riots. Subsequently he conducted most of the research on the riots for the Chicago Commission on Race Relations. As a result of his work, the National Urban League appointed Johnson director of its research department in 1921.

In 1928 he left New York for Nashville, Tennessee, to chair Fisk University's social sciences department. Johnson saw racial segregation as a threat to American democracy and prosperity. He systematically documented the negative economic and social effects of segregation on African Americans and made Fisk a center for studies on race relations in the South. Elected president of Fisk in 1946, Johnson was the first African American to hold the post, and under his leadership the university flourished. Widely recognized for his expertise on race relations, Johnson served on regional, national, and international organizations and commissions, including government appointments in 1946 to an advisory committee on postwar educational reforms in Japan and as a U.S. delegate to UNESCO.