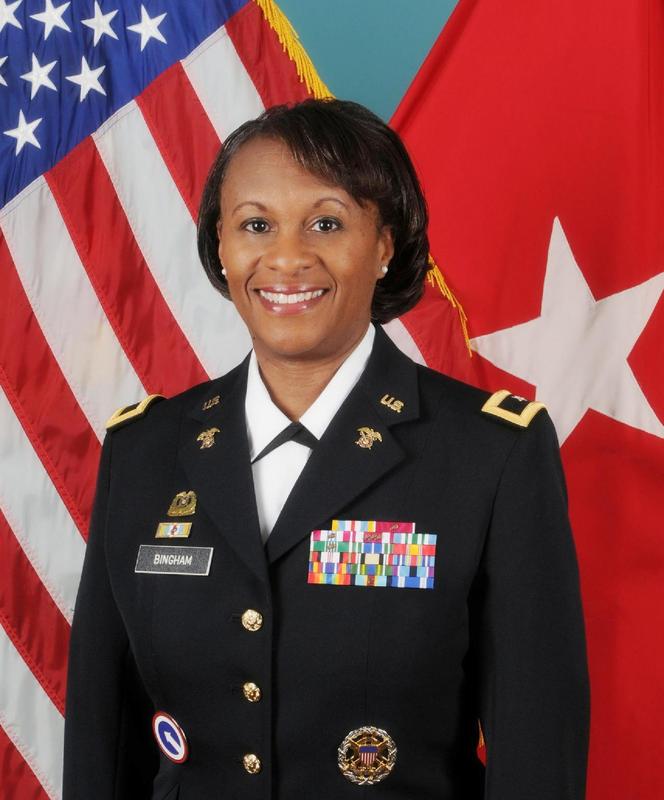 Quartermaster General of the U.S. Army

The daughter of a twenty-year Army veteran, Gwen McMillion Bingham joined the branch's Quartermaster Corps after graduating from the University of Alabama in 1981. She served her first tour at Fort Lee, a base outside Petersburg, that same year. Starting as a second lieutenant, Bingham worked her way up the ranks and also acquired two master's degrees. She became a battalion commander at Fort Lee in 2000 and settled in the community with her husband and two children.

In 2005 Bingham rose to be the first female garrison commander at Fort Lee, working in the position until 2008, when she became chief of staff to the facility's commanding general. Two years later she assumed command of the U.S. Army Quartermaster School. As the institution's commandant, she oversaw the training of 20,000 soldiers each year in the art of supplying the army's soldiers. On April 22, 2011, Bingham received a promotion to brigadier general. With that breakthrough she became the first female quartermaster general of the army, a position that dates back to 1775. The following year the Department of Defense announced that Bingham would transfer to New Mexico's White Sands Missile Range and serve as its next commanding general.