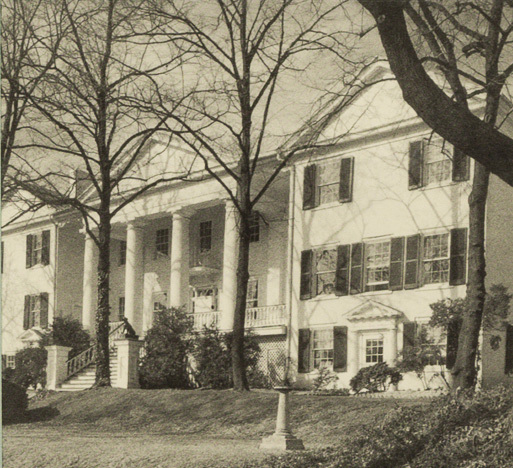 Raised by her maternal grandparents, Mary Julia Baldwin (October 4, 1829–July 1, 1897) enrolled in 1842 at the Augusta Female Seminary, where she received an education of a high standard not usually offered to girls at that time. She taught Sunday school for young women and another class for African American children, and even taught her grandmother's slaves to read and write. The Augusta Female Seminary faced closure in 1863, when Baldwin was persuaded to assume its leadership. She borrowed furniture, books, and supplies for her pupils and asked them to pay tuition with food and fuel.

Enlisting the help of William Holmes McGuffey, professor of moral philosophy at the University of Virginia, Baldwin improved the school's curriculum, intending to advance it to the level of a university. Under her leadership, the school incorporated elements of classical education, including rhetoric, composition, higher mathematics, chemistry, and physics. It excelled in music, visual arts, and elocution, and also offered practical courses in bookkeeping, nutrition, and calisthenics. During her thirty-four years of administration, the school came to be considered one of the most distinguished institutions for young women in the South. In 1895, the trustees renamed it Mary Baldwin Seminary, and by 1922 it was styled Mary Baldwin College, a fully accredited four-year college. Baldwin bequeathed her property, valued at almost $250,000, to be divided among her family, her church, and the trustees of her school, thus creating the first endowment for the college. She died in 1897 and was buried in Thornrose Cemetery, in Staunton.