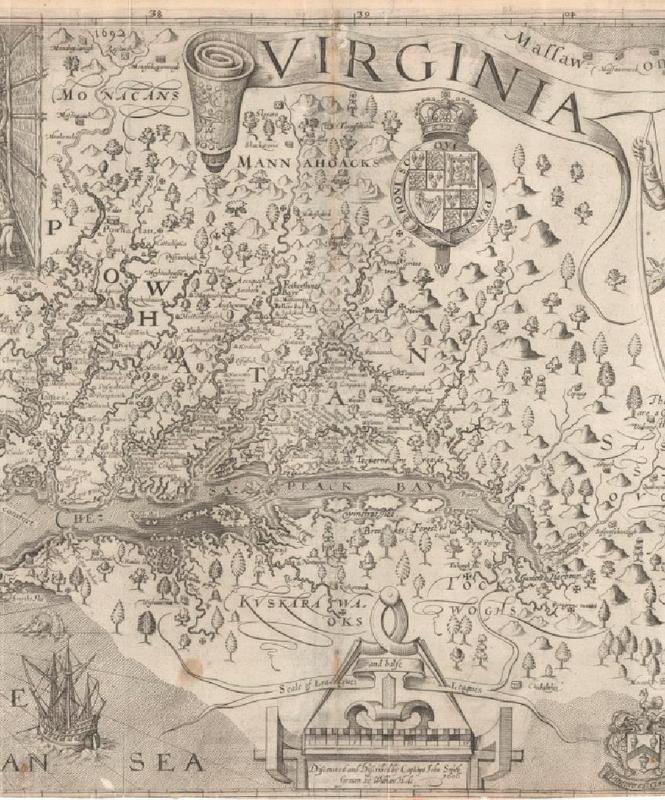 Opossunoquonuske (died late in 1610) was a sister of Coquonasum, a weroance, or chief, of the Appamattuck Indians, one of several Powhatan tribes in league with the paramount chief, Powhatan. She was the weroansqua, or chief, of one of the Appamattuck towns near the mouth of the Appomattox River. The town was populous enough to put about twenty able fighting men into the field. Captain John Smith described her as young and comely.

Opossunoquonuske was one of the first Virginia Indian leaders the English met in 1607. Englishmen called her the queen of Appamattuck. On May 26, Captain Christopher Newport visited her at what Englishmen called "Queene Apumatecs bower." She made a majestic entrance with her attendants and would "permitt none to stand or sitt neere her." Dignified and dressed more elegantly than anyone else, she wore a copper crown, and other copper jewelry adorned her ears and encircled her neck. Her long black hair hung down to the middle of her back. Gabriel Archer intended it as a compliment when he called her "a fatt lustie manly woman." Opossunoquonuske did not flinch, as other Indian leaders did, when at her request one of Newport’s men fired his gun.

The Appamattuck were wary of colonists who remained in their vicinity. In the summer of 1610 Opossunoquonuske invited several of the Englishmen to come unarmed to her town, where her men killed all but one, who escaped. In retaliation, the English burned her town and killed several people. Mortally wounded, she reportedly died in the winter. About Christmas 1611, Sir Thomas Dale raided the granaries of an Appamattuck town, killed or dispersed the people, and renamed the area Bermuda Hundred.