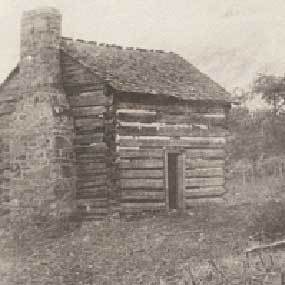 The daughter of recent emigrants from Ireland, Mary Draper moved with her family from Philadelphia to the Virginia frontier in the 1740s. They settled at Draper's Meadow (later Blacksburg), and about 1750 she married William Ingles. On July 30, 1755, Shawnee attacked the settlement, killing several people and taking Mary Ingles, her two sons, and her sister-in-law captive. They were taken to a Shawnee town near what is now Chillicothe, Ohio, where Ingles was forced to sew shirts for the men. During her captivity, her younger son died and her other son was sent to live in another town. In October 1755, Ingles escaped with another female captive and traveled five or six hundred miles, much of it across rugged mountains and valleys. Making the last part of her trip alone and in a canoe that she had discovered, Ingles encountered her husband at a frontier fort.

Ingles and her husband moved to the banks of the New River near the site of what became the city of Radford, where in 1762 he received permission from the General Assembly to operate a ferry service. They had three daughters and another son. Following the publication in the nineteenth century of the story of her captivity and escape as she had told it to her youngest son, Mary Draper Ingles became one of the most famous frontierswomen in Virginia.