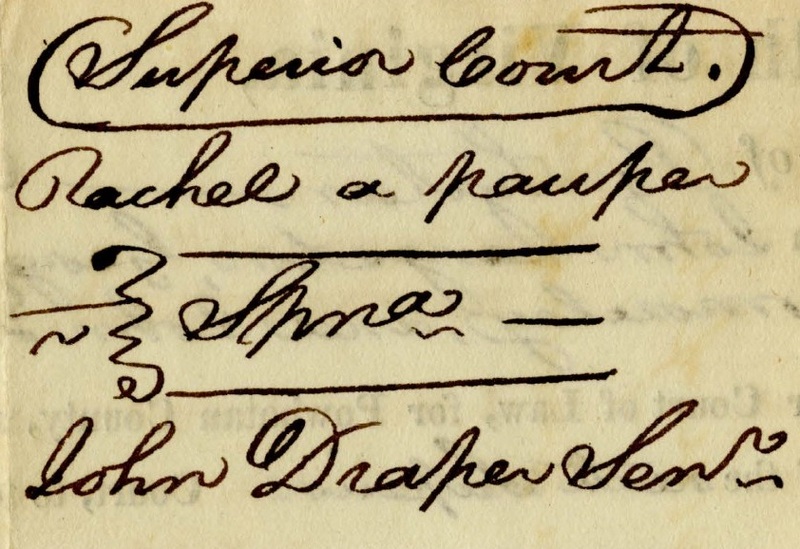 Principal in a Freedom Suit

Rachel Findlay (ca. 1750–after August 17, 1820) was born into slavery early in the 1750s in the part of Virginia that later became Powhatan County. Her maternal grandmother was an illegally enslaved Indian woman and her mother possibly had both Indian and African ancestry. Virginia law dictated that the children of enslaved women were also slaves, so she and her children were born enslaved. Early in the 1770s Findlay, her brother Samuel, and her young daughter sued their owner, Thomas Clay, on the grounds that because their grandmother's enslavement was illegal, they were also illegally enslaved. The General Court ruled in May 1773 that they were free, but the Clay family sent Findlay and her daughter west before the court reached its verdict and in 1774 sold them to John Draper. He and his family held them in slavery in Wythe County.

In 1813, Rachel Findlay filed suit in the Wythe County Court to obtain the freedom to which she had been legally entitled but had never enjoyed. After seven years of delays and difficulties and the transfer of the case to the Powhatan County Court, she again won freedom for herself on May 13, 1820. Findlay's approximately forty children, grandchildren, and great-grandchildren were therefore legally entitled to become free, too. Several of them successfully sued for their freedom, but others may have never known about the suit and its outcome. Findlay became free, but how long she lived as a free person is not known.