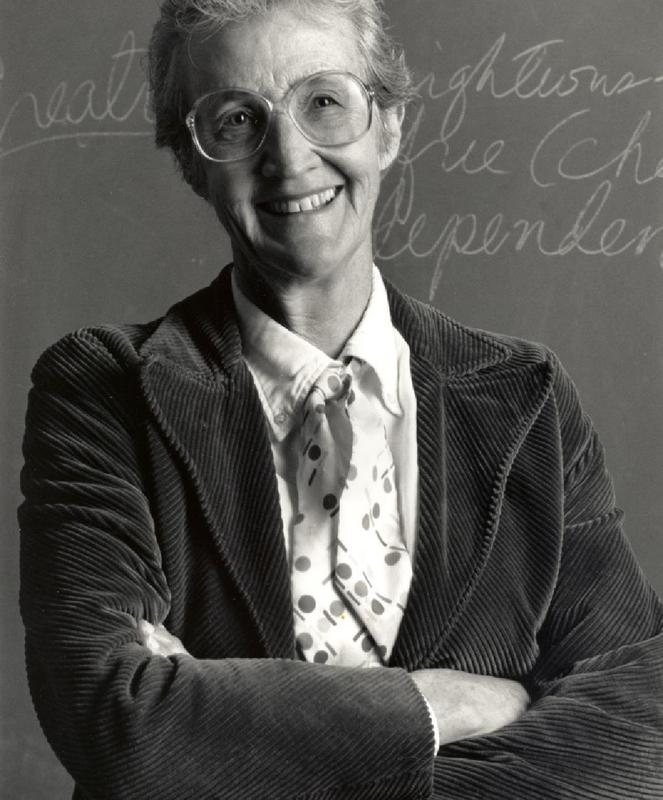 Born in Tallahassee, Florida, Isabel Wood Rogers (August 26, 1924–March 18, 2007) was a leader in expanding the role of women in the Presbyterian Church. After graduating from Florida State College for Women (later Florida State University), she received a master's degree in political science from the University of Virginia and then a Ph.D. in theology and ethics from Duke University. She also received a master's degree from the Presbyterian School of Christian Education (PSCE) in Richmond. Rogers served Georgia State College for Women from 1949 to 1961, first as chaplain and then as director of religious affairs, before returning to Richmond to teach applied Christianity at PSCE (later Union Theological Seminary–PSCE) until her retirement in 1998. She wrote five books that explored how Christians live in the modern world.

Known to her colleagues and students as Dr. Izzie, Rogers was an energetic, outstanding teacher who encouraged her students and colleagues to pursue the quest for justice, including the ethical treatment of all people and full participation of women in the church and in society. A confirmed environmentalist, she advocated responsible stewardship of the earth. In 1987 Rogers was elected moderator of the General Assembly of the Presbyterian Church (USA), its highest elected office. Her role as moderator, she believed, was to encourage questions, to get people "to think for themselves, to forge their own faith." She received honorary degrees from several colleges as well as awards for her work as an educator and in the Presbyterian Church. In 1986 the YWCA recognized her as one of "Richmond's Outstanding Women."