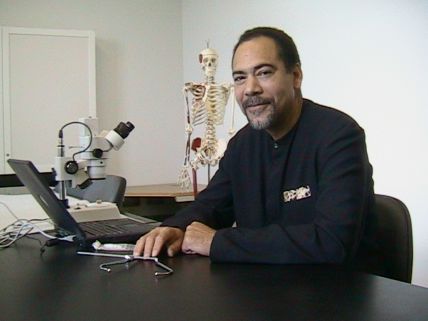 Michael Louis Blakey (February 23, 1953– ) was the anthropologist in charge of the scientific research on the African Burial Ground discovered in 1991 in downtown New York City. The excavation of the site before the construction of a new federal office building provided valuable information about African Americans in New York during the colonial period. Containing the remains of more than 400 men, women, and children, it is the largest burial site of Africans and African Americans ever analyzed in North America. Blakey was featured in a 1996 PBS documentary Slavery's Buried Past about the burial ground and the community of free and enslaved people of African origin or descent who lived and died in New York. The analysis of the human remains that he directed revealed the extremely hard working and living conditions that most of the people who were buried there endured while they were alive.

Blakey is a native of Washington, D.C. After graduating from Howard University, he received a doctorate in anthropology from the University of Massachusetts, Amherst. Frequently honored for his work, Blakey served as president of the Association of Black Anthropologists from 1987 to 1989 and worked as a physical anthropologist at the National Museum of Natural History of the Smithsonian Institution for nine years. He has published numerous scientific articles and books and has lectured around the world. Blakey taught at Howard University before becoming in 2001 professor of anthropology at the College of William and Mary, where he directs the Institute for Historical Biology.