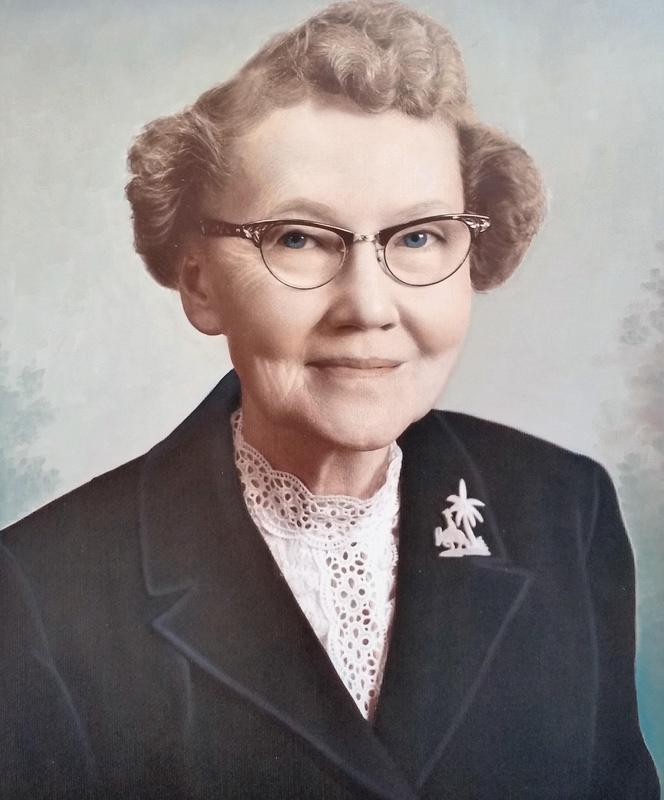 Author and Executive Secretary of the Braille Circulating Library

Growing up in Buckingham County, Louise Harrison McCraw (February 1893–January 25, 1975) wanted to be a writer. By age eleven she had started sending stories to the children's page of Richmond's Times Dispatch, several of which appeared in print. After graduating from the Woman's College of Richmond in 1911, she taught school in Buckingham. During the 1920s she moved to Richmond and served as secretary of the Excelsior Band, an interdenominational group that ministered to prisoners.

Deeply committed to her faith, McCraw admired the work of Presbyterian writer James H. McConkey. After he spoke in Richmond she suggested that he publish his books in braille, the system of writing for blind people in which letters are represented by raised dots. In November 1925 they established the Braille Circulating Library with its first headquarters in a closet in McCraw's rented room. Funded entirely by private donations, the library of evangelical Christian literature continued to expand and by 1951 McCraw was sending books without charge to almost 1,800 borrowers in the United States and eighteen countries.

In 1936 McCraw published her first full-length novel, Hearts That Understand, which dealt with social problems in a southern city. More novels, all with Christian themes, followed during the next three decades, as well as a biography of McConkey. In 1969 McCraw was named executive secretary emerita after retiring from the Braille Circulating Library, which continues to circulate materials worldwide.