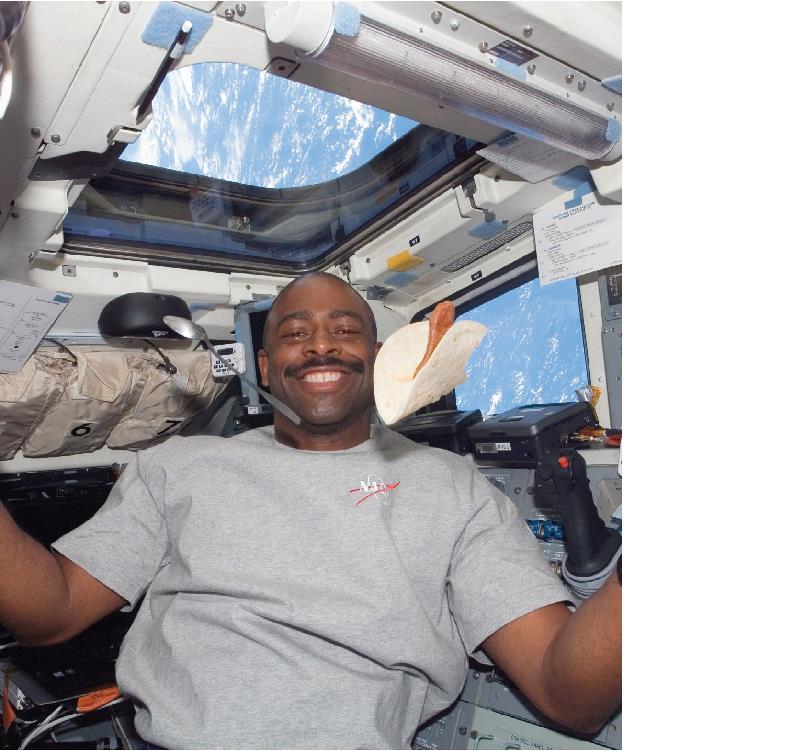 Leland D. Melvin (1964- ) was born in Lynchburg to Deems and Grace Melvin. After graduating from Hermitage High School there, he received a football scholarship to the University of Richmond where he studied chemistry. A standout on the field and in the classroom, he is a National Collegiate Athletic Association Division I Academic All-American and was inducted into the University of Richmond Athletic Hall of Fame. After college Melvin was recruited by both the Detroit Lions and the Dallas Cowboys but suffered injuries that prevented him from playing. Eventually, he started graduate school at the University of Virginia, studying materials science, and earned a masters' degree in 1991.

Melvin began working at the National Aeronautics and Space Administration's (NASA) Langley Research Center in 1989. Nine years later he was admitted to the Astronaut Candidate training program. Melvin took his first space flight in February 2008, logging more than 306 hours and 5.3 million miles in space as he and the crew of the Space Shuttle Atlantis delivered a laboratory to the International Space Station. During the mission he operated the shuttle's robotic arm.

Melvin retains a wide variety of interests beyond his career. An avid photographer, he displays his work on his personal Web site. He also continues to enjoy sports including cycling, tennis, and snowboarding. As former co-manager of NASA's Educator Astronaut Program, he travels nationwide, speaking to educators and students. Melvin believes that sports are an important part of education, and teaches students that teamwork extends into all aspects of work and life.