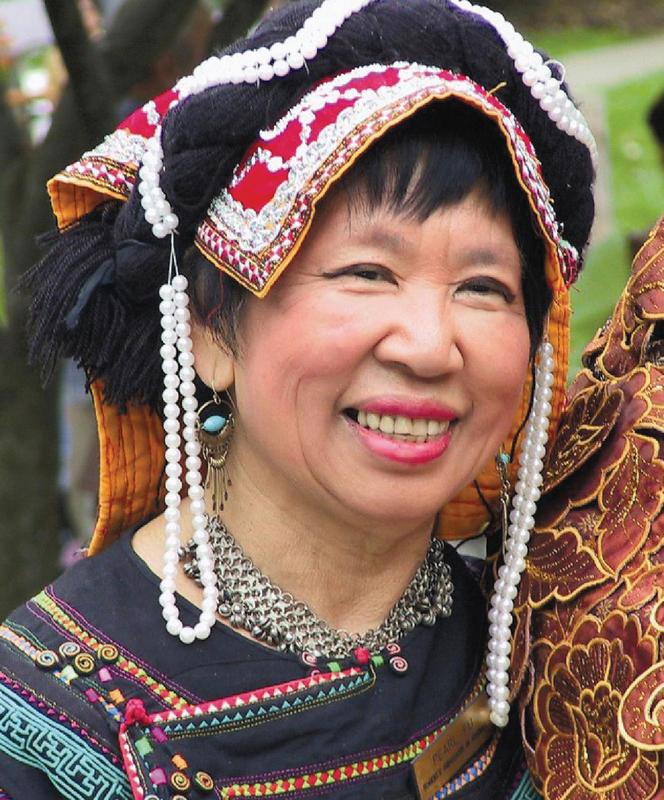 Pearl Fu lived what she calls a "cloistered" childhood in Yunnan Province, a remote, mountainous region of southwestern China that is home to more than a third of China's ethnic minorities, including the Yi. She grew up in a prominent political family that moved to Hong Kong. Her mother nurtured the traditions of the Yi and taught her children to cook their native cuisine.

Fu fell in love with all things American. In 1959 she immigrated to the United States and enrolled in college. She graduated from Baltimore's Peabody Conservatory in 1963 and had a brief singing career before marrying C. C. Fu, an engineer. They lived in New Jersey before moving with their three daughters to Roanoke in 1986.

In 1991 Fu found a forum to express her pride in her Yi heritage. Working without a salary for the first ten years, she transformed Roanoke's fledgling Local Colors from a tiny street-corner festival into an annual celebration that draws as many as 30,000 people to Roanoke on the third Saturday of May.

Passionate about recruiting local participants, Fu built the program immigrant by immigrant. Promoting diversity (and Local Colors) every chance she gets, Fu is a common sight at ethnic celebrations, often dressing in the costume of the featured ethnicity. Says Fu, "You can acclimate to this country, contribute to it, become a citizen, but also keep your heritage alive at the same time."