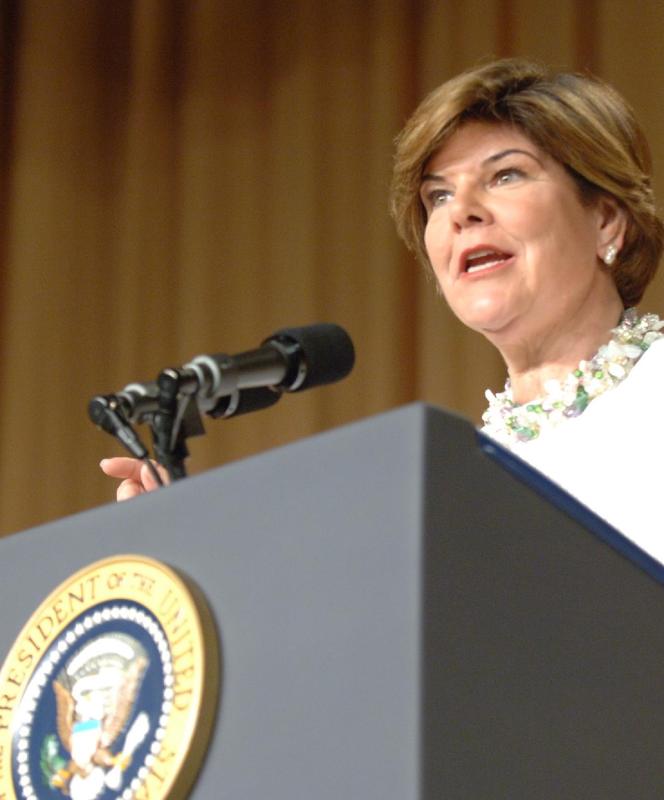 Born in Chicago, Ann Compton graduated from Hollins College and began her news career as the first woman reporter at Roanoke’s WDBJ television station. Making her mark covering state politics in Richmond, she left in 1973 to become a staff reporter for ABC News in New York. The following year she became the first female correspondent, and one of the youngest, assigned to the White House on a full-time basis.

Compton has covered each president from Gerald Ford to Barack Obama, while also reporting on presidential campaigns and political conventions and twice sitting as a panelist on presidential debates. She was the sole broadcast reporter allowed to remain on Air Force One as the president flew across the country on September 11, 2001, for which she and her production team won Emmy and Peabody awards.