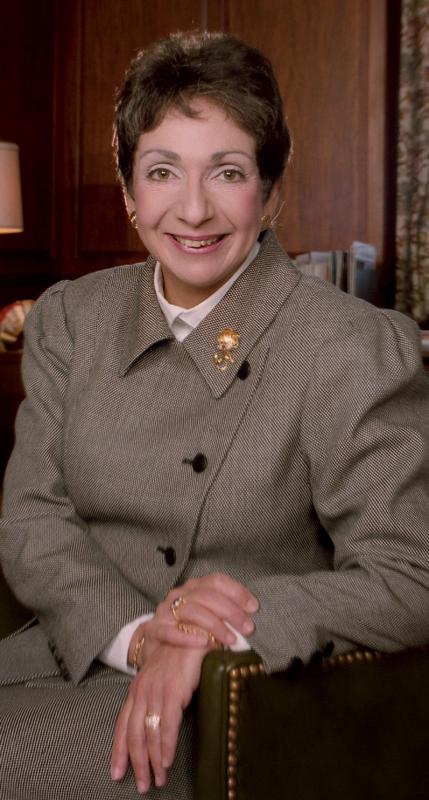 Meyera E. Oberndorf (February 10, 1941–March 13, 2015) began her career in public service when she became a member of the Virginia Beach Public Library Board during the 1960s. Despite opposition from male politicians, she became the first woman to win a seat on the city council in her second attempt at public office in 1976. She served as vice mayor from 1986 until 1988, when she became the first woman elected mayor of Virginia Beach as well as the city's first popularly elected mayor. During her twenty years in the position, Oberndorf was a tireless advocate for the city and its residents. She championed the city's public library system, promoted a family-friendly oceanfront, and fought for the Lake Gaston pipeline to ensure that Virginia Beach had a guaranteed water source. When the Defense Base Realignment and Closure (BRAC) Commission recommended relocating the Oceana Naval Air Station, Oberndorf rallied local support and worked with members of the General Assembly and Virginia's congressional delegation to preserve the base, which was the city's largest employer.

Recognized by Newsweek in 1996 as one of the country's twenty-five most dynamic mayors, Oberndorf was candid and courageous in her personal life as well. During the 1990s she made public her breast cancer diagnosis. Near the end of her life she acknowledged that she was suffering from Alzheimer's disease and allowed the media to follow her story as the disease progressed. In 2008 the Virginia Beach City Council voted to rename the central library in Oberndorf's honor to recognize her many achievements.