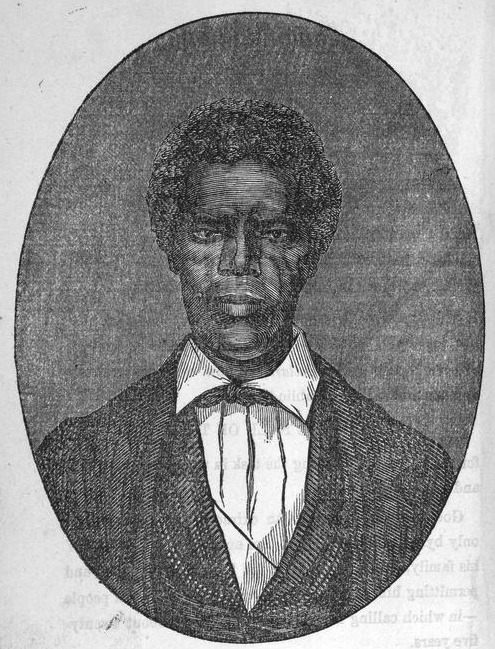 Author of an Emancipation Narrative

Noah Davis (March 1804–April 7, 1867) was born into slavery in Madison County. He learned the boot- and shoemaker's trade in Fredericksburg, where he joined the Baptist Church in 1831 and was licensed to preach by white church officials. In 1845 Davis's owner agreed to free him for $500. After a fund-raising trip through northern states, Davis opened a cobbler's shop to earn the rest. In 1847 white Baptists in Baltimore offered him a job there as a missionary and to provide the balance of the $500. Leaving his family in Virginia, Davis secured his freedom and established what later became Saratoga Street African Baptist Church.

Davis purchased freedom for his wife and their two youngest children in 1851 and several years later for another daughter and son who were in danger of being sold. When their other three enslaved children faced the auction block in 1858, Davis again toured the North to raise money and succeeded in freeing his daughter. Hoping to earn enough money to free his two sons and to provide funds for his struggling church, he published his memoirs, A Narrative of the Life of Rev. Noah Davis, a Colored Man (1859). In the eighty-six-page Narrative, Davis described his life in slavery, his religious conversion, his efforts to secure his family's freedom, and his work as a minister. Davis's health soon began to fail, possibly as a consequence of having worked tirelessly for almost fifteen years to raise more than $4,000 to rescue most of his family from slavery.